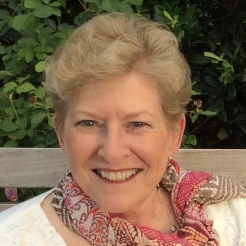 Dr. Margaret Kripke is a professor emeritus and founding chair of the Department of Immunology at the University of Texas MD Anderson Cancer Center, where she also served as executive vice-president and chief academic officer. Dr. Kripke, who earned a PhD in immunology from the University of California, Berkeley, is a leading expert in the immunology of skin cancers. After her retirement in 2007, MD Anderson established the Margaret Kripke Legends Award, in honor of her work, to be awarded annually to individuals whose support and dedication have enhanced the careers of women in cancer medicine and cancer science. In 2012 she was selected as chief scientific officer for The Cancer Prevention and Research Institute of Texas, where she oversaw the awarding of more than $500 million in research grants before retiring in 2015. Dr. Kripke served multiple terms on the three-person President’s Cancer Panel which oversees the development and implementation of the National Cancer Program. She served on the panel that produced the path-breaking 2009 report, “Reducing Environmental Cancer Risk: What We Can Do Now,” which alerted the nation to the enormous potential for reducing the nation’s cancer burden by preventing environmental cancers.