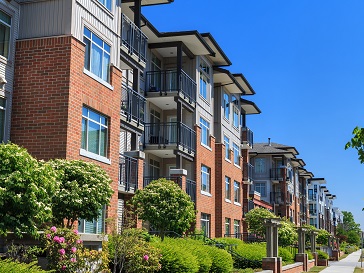 Indoor air pollution can be a problem in many homes, even in eco-friendly buildings. Thanks to a new innovative study led by Silent Spring Institute, researchers have a better idea of where these pollutants come from—which ones come from chemicals leaching out of building materials and which ones from the personal items people bring into their homes. The findings could inform the development of new green building standards and lead to healthier housing, especially for low-income communities.

“Most buildings aren’t designed with people’s health in mind,” says lead author Robin Dodson, an environmental exposure scientist at Silent Spring Institute. “Yet, indoor air pollution can lead to a range of health problems.” To identify the major sources of pollution, she and her colleagues collected air and dust samples inside newly-renovated subsidized housing in the City of Boston, before and after residents moved in. The units were renovated to meet certain “green” standards, mainly focused on energy efficiency. “This is the first study to look at air pollutants pre- and post-occupancy, allowing us to really hone in on the sources.”

Indoor air quality is a concern especially in low-income and minority communities as studies show levels of indoor pollutants are often higher in these groups compared with more affluent homes. “Many factors shape environmental exposures for low-income families living in multifamily housing,” says co-author Gary Adamkiewicz at the Harvard T.H. Chan School of Public Health. “These families are also burdened with higher rates of asthma and other diseases linked with environmental contaminants. This study helps to shed light on the factors that shape these exposures.”

By comparing levels pre- and post-occupancy, Dodson and her colleagues identified several chemicals that likely came from the building. These included two flame retardants—tris(1-chloro-2-propyl) phosphate (TCIPP) and tris(1,3-dichloroisopropyl) phosphate (TCDIPP). TCDIPP is a carcinogen and has been associated with decreased fertility in men. The researchers suspect these chemicals may have been added to the insulation.

The team also found, much to their surprise, several chemicals coming from the building that are normally found in personal care products. These include the sunscreen chemicals benzophenone (BP) and benzophenone-3 (BP-3), as well as di-butyl phthalate (DBP), a chemical used in nail polish and perfumes. “We certainly didn’t expect to see that,” says Dodson. “It’s possible these chemicals are being added to paints or floor finishes.”

After the residents moved in, the indoor air’s chemical make-up changed. There were significant increases in levels of triclosan (an antimicrobial found in toothpaste and soaps), fragrances (found in personal care and cleaning products), phthalates (which are added to plastics, vinyl, and personal care products), and other flame retardants (found in furniture). This suggests that residents, through their personal belongings and behaviors, also have a strong influence on the air inside their units.

The researchers detected several chemicals that have either been banned or phased out. For instance levels of the flame retardant BDE 47 increased post-occupancy. BDE 47 is a component of a flame retardant mixture commonly referred to as PentaBDE and was widely used in furniture before it was phased-out in 2005 due to health concerns. However, the chemical is still present in old or second-hand furniture. The pesticides propoxur and diazinon, banned from residential use in 2007 and 2004 respectively, were also detected inside the units.

Formaldehyde, a carcinogen, was detected in every single unit and appeared to come from both residents and the building. What’s more, all units had formaldehyde at levels above risk-based screening levels set by the U.S. Environmental Protection Agency (EPA). Several other chemicals were also found to exceed screening levels.

“Our previous research shows there are many health benefits to living in green housing,” says Adamkiewicz. “This new study demonstrates that we can further improve people’s health by reducing exposures to harmful chemicals in building materials and consumer products.”

Dodson says the findings could lead to new strategies for improving air quality in low-income housing and other developments. For instance, consumers can help reduce their exposures by using products without fragrances and other harmful ingredients. “But the onus shouldn’t be on them,” says Dodson. “People living in public housing don’t have as much control over their building, and we know from this study that the building is an important source of exposure to harmful chemicals.”

She says green building standards should be broadened to include additional hazardous chemicals. This is especially important during times of crises, such as after a natural disaster like Hurricane Harvey, where a lot of new homes need to be re-built. “We should use these opportunities to get things right the first time by using safer, and healthier, materials that won’t make people sick.”

For tips on reducing exposures to harmful chemicals in the home, download Detox Me, Silent Spring’s free mobile app for healthier living, available in English and Spanish.

Funding for this project was provided by the U.S. Department of Housing and Urban Development.