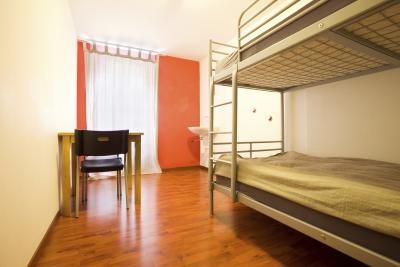 Parents getting ready to send their kids off to college next fall might want to take note. A new study shows that students living in college dormitories are exposed to high levels of toxic flame retardants in dust. In the analysis, led by Silent Spring Institute, scientists measured dozens of flame retardants in dorm dust samples, including carcinogens, hormone disruptors, and chemicals that affect brain function. The results also included some of the highest levels ever reported.

“College students spend a lot of time in their dorms—it’s their home away from home. So the fact that they’re being exposed to hazardous chemicals where they sleep, study, and hangout raises important health concerns,” says lead author Robin Dodson, an environmental exposure scientist at Silent Spring. Earlier research by Dodson and others found flame retardants are widespread in house dust. This is the first study of its kind to look at exposure to a wide range of flame retardants in dust on college campuses.

Until recently, manufacturers routinely added flame retardants to furniture—to the interior foam, the fabric, and other parts of the furniture—in order to meet flammability standards. However, the chemicals easily migrate out into the air and dust, and ultimately into people’s bodies. Exposure to flame retardants has been linked with a host of health problems including cancer, thyroid disease, decreased fertility, and lower IQ.

To determine how much students are exposed, Dodson and her colleagues analyzed close to 100 dust samples collected from two U.S. college campuses in the northeast. The researchers detected 47 different flame retardant chemicals in total. Reporting April 13 in the journal Environmental Science & Technology, the team found:

The researchers also noted differences between the two schools. One of the schools followed a more severe flammability standard for furniture—one that compels manufacturers to use more flame retardants in their products. As it turns out, dust levels of flame retardants were significantly higher on the campus that followed the more severe standard.

“Our study shows that standards matter. They impact people’s exposures, which can have significant impacts on their health,” says Dodson. “The good news is, due to recent changes in flammability standards, institutions can now choose to follow a healthier standard that doesn’t require the use of flame retardants without compromising fire safety.”

The findings come at a time when regulatory bodies are considering flammability standards that could result in more flame retardant chemicals being added to furniture. Studies have called into question the effectiveness of adding flame retardants to furniture foam to improve fire safety. “There are other effective and non-toxic methods such as sprinkler systems, smoke detectors, smolder-resistant furniture, and smoking bans,” says co-author Kathryn Rodgers, a scientist at Silent Spring.

The new study is part of a larger initiative called the Healthy Green Campus project, which educates colleges on the health risks posed by everyday toxic chemicals in products and offers guidance on how schools can reduce their chemical footprint. “By protecting students from harmful exposures on campus, we hope to create a healthier learning environment for all,” says Rodgers. In light of the study’s findings, the researchers hope institutions will consider adopting standards that allow campuses to switch to flame retardant-free furnishings. This could benefit the more than 3 million college students in the U.S. currently living in dormitories.

In the meantime, parents can take steps to minimize their sons’ and daughters’ exposures at school. For instance, when stocking up on dorm room supplies this summer, they can choose upholstered products labelled flame retardant-free and look for pillows and bedding made of cotton, wool, down, or polyester. “Encouraging students to vacuum their dorm rooms every once in a while is not a bad idea either,” says Dodson.