It All Adds Up: Our Collective Exposure to Toxic Chemicals 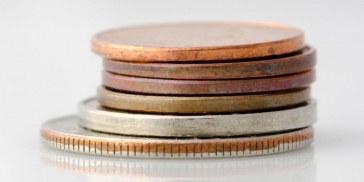 Have you ever noticed the little ridges on the edges of quarters and dimes? When coins were made of more valuable materials, like silver, nefarious individuals would shave tiny amounts of silver off the sides of coins, melt the shavings down, and sell the precious metal for profit. Beginning in the late 1700s, ridges were added to coins to prevent this practice and also make counterfeiting more difficult.

Today, we are the victims of a different sort of “penny shaving” with impacts on our health. There are thousands of untested chemicals on the market, and every day we are exposed to potentially harmful chemicals in our environment and through the products we use. Some chemicals have a small enough impact on a person’s health that it’s hard to see their effects if you look only at the individual. But if you add up all of the individual health impacts in the population, you end up with a considerable negative impact on public health.

To see how this happens, let’s look at the effect of poly-brominated flame retardants (PBDEs) on children’s IQ scores. In addition to being associated with hormone disruption and cancer, PBDEs also can affect brain development. A recent study found that a tenfold increase in exposure to PBDEs in the womb was associated with a loss of four to five IQ points in children.[1]

Pounds of these chemicals were added to furniture foam starting in the 1970s to meet flammability guidelines in response to home fires, mostly caused by smoldering cigarettes. What’s worrisome is that these chemicals migrate out of furniture, accumulate in house dust, and enter people’s bodies. Children are especially vulnerable because they spend a lot of time on the floor. While PBDEs have since been phased out, they have been replaced with other, less-researched chemicals.

First, let’s familiarize ourselves with how IQ scores are normally distributed in a population. We usually visualize this with a bell curve that shows how many children have different IQ scores. Here’s an IQ bell curve. Go ahead and play with it! By moving the slider above the graph, you can shift the IQ of the whole population up or down.

Although PBDEs can cause IQ deficits in children, the effect can be small. The margin of error of an IQ test is around five points in either direction. So if you were looking at one child at a time, you may not notice the decrease in IQ since the loss is within the margin of error and could be easily dismissed. This is the perspective doctors take. They look at an individual to see if there’s a diagnosable condition and make treatment recommendations based on that assessment. In the case of IQ, this might mean looking for people with an IQ lower than 70, at which point they would be diagnosed with an intellectual disability.

Normally, around two percent of children have an IQ below 70

Public health researchers look at things differently, by thinking in terms of populations rather than individuals. The loss of a few IQ points may not be noticeable on an individual level, but it can be visible on a population level. Let’s take a look at our bell curve. Suppose every child loses five IQ points as a result of being exposed to PBDEs in the womb. What impact would that have? It turns out a small shift like that would double the percentage of children with IQs lower than 70. On the other end of the curve, you would also lose children with very high IQs. Try moving the slider to see how a loss of IQ points affects the number of children below 70.

These percentages may sound low, but let’s put them into perspective by calculating the number of children who would be affected. For example, in 2015 there were 23.7 million children under the age of 6 in the U.S.[2]; a five-point IQ drop would result in almost 600,000 more children with an IQ lower than 70.

If you lower the average IQ by only five points, the number of children with a score below 70 doubles

This example is an over-simplication. Not everyone is exposed to the same levels of PBDEs, and you might not expect every child to lose the same number of IQ points from exposure. However, the example illustrates the broader point that even very small reductions in individual people’s health can have a large impact on the overall health of the population. In a study published in The Lancet, a team of researchers estimated that exposure to PBDEs resulted in a cumulative loss of 11 million IQ points and 43,000 intellectual disability cases annually.[3]

One way to observe population penny-shaving is to pay attention to what is going on at the extremes. If the number of children with intellectual disabilities starts rising, it could be that something is affecting the IQ of the entire population. Or consider the falling age of puberty in girls, which could be associated with an increase in the population’s exposures to hormone disrupting chemicals. Elevated cancer rates could suggest there is something in the environment, like a chemical exposure, that is increasing the risk of cancer across the whole population.

At Silent Spring Institute, our mission is to prevent disease, especially cancer. We focus on environmental chemicals because even relatively small exposures to chemicals, summed over entire populations, can have large effects on public health. The reason penny shaving works is because it’s invisible to the naked eye. So little material is taken off the coin that you can barely tell it even happened. The solution—adding ridges—was intended to make the tampering of coins visible. Environmental chemicals are the same in many ways. They’re almost impossible to see, and it’s difficult to show they cause disease.

Silent Spring Institute has made environmental chemicals more visible through its household exposure and biomonitoring studies, which let people find out what chemicals are in their homes and in their bodies. Better product labeling requirements could let consumers see what chemicals are in everyday products, so they can avoid them altogether. Are there other ways to make chemicals visible, other “ridges”, that will reveal the health “shaved off” by environmental exposures? 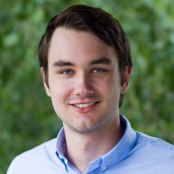 Herb Susmann is a data scientist and software developer at Silent Spring Institute. His work focuses on creating tools and visualizations for communicating environmental health data.

* The concept of this post was inspired by the work of David Bellinger at the Harvard T.H. Chan School of Public Health, Bruce Lanphear at Simon Fraser University, and Bernie Weiss at the University of Rochester. For another take on this subject, watch "Little Things Matter: The Impact of Toxins on Preterm Birth," produced by Lamphear.