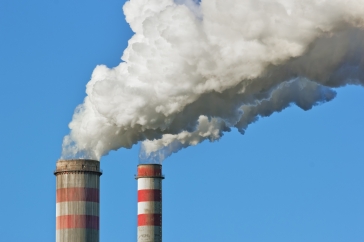 In comments submitted to the U.S. Environmental Protection Agency last week, Silent Spring Institute takes aim at a new policy that would severely limit the science the agency considers when setting limits on toxic chemicals in our air and water.

At the heart of the proposal is a requirement that studies used as a basis for setting environmental regulations must make their raw data publicly available. Because researchers guarantee to protect the privacy of their study participants—a routine practice in nearly all human environmental health studies—making these data available would be ethically impossible, write Silent Spring staff scientist Katie Boronow and executive director Dr. Julia Brody.

The rule could disqualify critical environmental health studies that form the basis of existing regulations, such as current limits on particulate matter and other air pollutants, and possibly prompt the agency to revoke the regulations altogether.

Boronow and Brody argue, “The proposed rule creates new barriers by threatening to exclude studies that have pre-existing pledges to protect the privacy of study participants. . . . Thousands of Americans have contributed personal data to scientific research with the goal of improving health for all. We must not take advantage of their generosity with rules that threaten their privacy and discourage future participation in research.”

Even when data are anonymized—stripped of all personal identifiers such as participant’s name, address, and birthdate—the risk that a participant can be re-identified is substantial, the authors warn. Environmental health data are particularly vulnerable because studies are often conducted in well-defined geographic areas near known sources of contaminants, which limit the pool of possible participants. In addition to measurements of contaminants, environmental health studies may collect information about housing, occupation, daily activities, and product use that are not typically considered private information.

In a recent experiment, Silent Spring shared anonymized data from its Northern California Household Exposure Study with researchers skilled in re-identification techniques. By linking housing and demographic information to publicly-available tax assessor data and using information from the published study (such as the housing developments where the study took place and the range of chemical levels detected), the researchers were able to correctly re-identify 25 percent of participants by name from one housing development.

“This re-identification experiment empirically demonstrates how the proposed rule forces an unacceptable trade-off between protecting the privacy of research participants and using the best data available to protect health,” write Boronow and Brody.

Instead of making data publicly available, the authors suggest housing the data in federal data research centers with restricted access (similar to those used by the National Center for Health Statistics or Census Bureau) or contracting with an authoritative research body to independently validate the original analyses.

The proposed rule is the latest in a string of attacks on science by the current administration, ultimately aimed at weakening environmental protections to benefit industry and suppressing science at the expense of public health. Boronow and Brody say this latest attack would ultimately hamper EPA’s ability to enact strong environmental regulations that protect the public from chemicals that cause breast cancer and other diseases.

“As scientists and as partners with women across the country affected with breast cancer, we urge EPA to use the best available science to set environmental regulations that protect health.”