Why Isn’t Cancer Prevention a Priority? 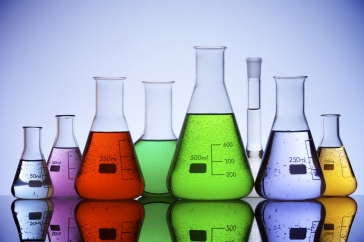 Later this summer, members of the National Cancer Institute (NCI) Blue Ribbon Panel will submit a series of recommendations for what to fund under Vice President Joe Biden’s Cancer Moonshot Initiative—a one-billion-dollar effort to accelerate the rate of progress in cancer research. Some of the ideas being pursued include new ways of addressing pediatric cancer, improving access to clinical trials, and enhancing data sharing among investigators. These are important and worthy goals. However, notably absent from the discussions leading up to this point is a consideration of the preventable causes of cancer.

Research shows that more than half of all cancers are preventable. Yet, why isn’t prevention a priority? More precisely, why aren’t environmental chemicals a focus of prevention research? When researchers talk about prevention, more often than not, they’re referring to things like diet, exercise, tobacco, and other lifestyle factors. Given the mounting evidence linking environmental chemicals with cancer, however, and the fact that toxic chemicals are so widespread, it’s hard to understand why there is so little research focused on environmental carcinogens.

As a cancer biologist and former chief scientific officer of the Cancer Prevention and Research Institute of Texas, where I oversaw the institute’s research portfolio, I see several reasons. One is that substantial funding for cancer research has been driven by advocacy groups that want cures. It is also heavily influenced by fashion. Right now, immunotherapies—treatments that unleash the immune system to attack cancer—and genomic profiling of cancers to tailor treatments to individual cancers are leading trends.  In addition, drug companies, which finance the majority of cancer research and development, have a financial incentive only to study treatments and cures, not causes and prevention.

We can look to other diseases for models of cancer prevention, but it’s hard to find ones that would work for cancer. Consider how we focus on preventing heart disease or infectious diseases. Not only do these prevention efforts result in large health care savings, but the effectiveness of the strategies can easily be measured. Heart medications lower cholesterol levels in the body, reducing the risk of a heart attack. After a vaccine is administered, your body produces antibodies. The effects are almost immediate. In contrast, cancer is slow to develop; the health effects from exposure to environmental chemicals early in life may not appear until years later.  Thus, preventive measures can take years to have a discernable effect on cancer incidence.

It’s clear that the focus in cancer research today is on treatments. We all want cures. But investment in prevention would have a much larger impact on the problem by reducing the incidence of the disease and sparing people from the medical, psychological, and financial burdens of a cancer diagnosis.  Two and a half years ago, I was diagnosed with breast cancer.  Although my prognosis is excellent, this experience has brought home the point that prevention would have been a lot more desirable than a cure.

So what do we do now? In order to make prevention a priority, we need to convince the skeptics in the cancer research and treatment communities that environmental chemicals are an important issue. I served on the President’s Cancer Panel that produced the 2009 report, Reducing Environmental Cancer Risk: What We Can Do Now. It was the first major federal statement to call attention to the potential to reduce cancer suffering by focusing on environmental chemicals. It was also a wake-up call to show that we are missing a major opportunity to prevent cancer. But, that was just a first step. We must continue to spread the message and urge funding agencies to invest in prevention. The science clearly points to a link between environmental chemicals and cancer—we need to follow that trail.

Silent Spring Institute has been leading the way in this field for more than two decades. It’s one of the few institutions in the country that focuses on environmental carcinogenesis, and its output has been instrumental in informing policies, as well as the public.  In addition, a landmark study released last year by the Halifax Project—a global task force of more than 170 scientists—determined that many chemicals in our environment, that are typically not thought to be carcinogenic, do in fact trigger cancer pathways and at doses historically deemed safe. The study’s authors also suggested that mixtures of chemicals, no one of which causes cancer by itself, could lead to cancer as well—a concept that Silent Spring is currently investigating as part of its chemical screening program.

Think about how long it took to convince experts that smoking causes lung cancer. It took a lot of research to get people to come to that conclusion. In the case of environmental chemicals, there’s already a large body of research, especially on the influence of hormone disruptors on breast cancer risk, and the evidence keeps growing. Have we reached a tipping point? Unfortunately, for many in the field, not yet. But I’m confident we’ll reach that point soon. 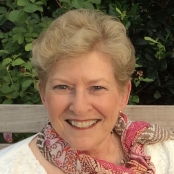 Dr. Margaret Kripke is a professor emeritus and founding chair of the Department of Immunology at the University of Texas MD Anderson Cancer Center, where she also served as executive vice-president and chief academic officer. Kripke served on the three-person President’s Cancer Panel from 2003 to 2011. A world-renowned expert in the immunology of skin cancers, she holds a doctorate in immunology from UC Berkeley, and is on the Board of Directors at Silent Spring Institute.