Drugs and other pollutants found in private wells on Cape Cod 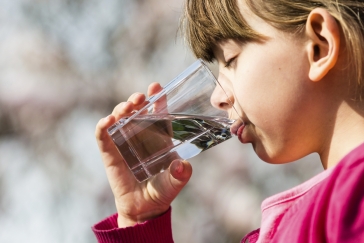 Recent news about tainted water in Flint, Michigan, and other parts of the country have called into question the safety of the nation’s drinking water supply. Adding to this, a new study finds that pollutants from household wastewater—pharmaceuticals and consumer product chemicals—can make their way into people’s private wells, and that backyard septic systems are likely to blame. The findings reinforce growing concerns about the health risks posed by unregulated chemicals in drinking water.

In tests of water samples from private wells on Cape Cod, researchers at Silent Spring Institute found 27 unregulated contaminants, including a dozen different pharmaceuticals, a variety of chemicals used in non-stick coatings, flame retardants, and an artificial sweetener. The study appears online January 27 in the journal Science of the Total Environment.

Approximately 44 million Americans get their drinking water from private wells. Unlike public wells, private wells are not federally regulated; responsibility for ensuring the safety and quality of the water falls on individual homeowners. Because private wells tend to be shallower than public wells and are less frequently monitored, they are also more susceptible to contamination from local land use activities such as farming, residential development, and landfills. Contamination of private wells is an ongoing public health issue in many parts of the U.S., including the Midwest and California.

Homes that rely on private wells also tend to have their own septic systems. About 25 percent of all U.S. households use a septic system for processing household wastewater. In previous research on Cape Cod, scientists at Silent Spring discovered that hormone-disrupting chemicals and pharmaceuticals from septic systems can leach into groundwater and enter nearby ponds. “The next question was whether contaminants in household wastewater, once they enter the groundwater, make their way into drinking water supplies,” says Dr. Laurel Schaider, a research scientist at Silent Spring and lead author of the new study.

To answer that question, Schaider and her colleagues sampled water from 20 private wells throughout Cape Cod and tested the samples for 117 different contaminants. About 70 percent of the wells contained PFASs (perfluoroalkyl substances)—a class of fluorinated chemicals also known as PFCs. PFASs are endocrine-disrupting chemicals that have been associated with cancer and developmental disorders. They are routinely found in consumer products such as pizza boxes, non-stick pans, waterproof clothing, and stain-resistant carpets.

Schaider and her colleagues also looked at nitrate levels in each well and found that wells with higher nitrate concentrations also had more contaminants, as well as higher concentrations of contaminants. All the wells were located in areas served by septic systems, the researchers noted, and further analysis showed that the contaminants most likely came from these backyard wastewater treatment systems. “This is the first study to show septic systems as sources of PFASs in drinking water from private wells,” says Schaider. “Given that 85 percent of residents on the Cape rely on septic systems, the risk of contaminated water is a real health concern.”

The Environmental Protection Agency (EPA) regulates nitrate in drinking water, but there are no health standards for the kinds of household pollutants found in the study. The concentrations of the pharmaceuticals the researchers detected were orders of magnitude lower than those found in a therapeutic dose. “But that doesn’t necessarily mean there’s nothing to worry about,” says Schaider. “Drugs are intended for specific uses and can have side effects,” she says. “And we don’t give certain medications to pregnant women or children because the developing body is very sensitive.”

Another concern is that people might have allergies to drugs like antibiotics, and endocrine disruptors like PFASs and flame retardants may produce effects at much lower doses than previously thought. What’s more, the health effects from exposure to mixtures of different chemicals in drinking water are unknown.

“People often don’t think about where their tap water comes from,” says Schaider. “But it’s really important that they do and that they take steps to make sure it’s safe.” Private well owners should have their water tested on an annual basis. Water quality tests typically look for nitrate and bacteria, and do not include unregulated chemicals from everyday household activities. However, the new study shows that nitrate levels may be a good indicator for these other pollutants.

“This study constitutes an important contribution to the understanding of contaminants in private drinking water wells,” says Patrick Phillips, a scientist with the U.S. Geological Survey in Troy, N.Y., who has done extensive studies of household contaminants in groundwater. “The finding that contaminants are positively correlated with nitrate is an important one that will help identify private wells that are susceptible to contamination.”

Currently, the EPA’s safe limit for nitrate in drinking water is 10 parts per million (ppm). But Schaider and her colleagues found pharmaceuticals and PFASs in drinking water with nitrate levels less than 1 ppm. In cases where nitrate levels are less than the EPA limit but greater than 1 ppm, private well owners might want to consider installing a solid carbon block filter as a precaution to remove contaminants that may be present. To stop chemicals from getting into the environment in the first place, Schaider advises people to avoid flushing unused medications down the drain, to reduce their use of products containing toxic chemicals, and to maintain their septic systems. Moving septic systems further away from private wells and limiting development near wells could also help protect drinking water from contamination.