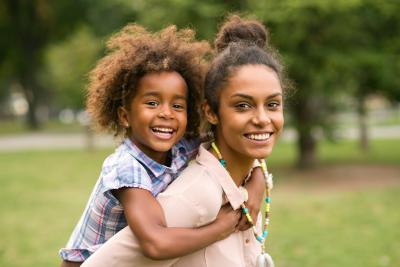 Exposure to environmental chemicals, especially early in life, is an important contributing factor in the development of breast cancer, according to the most comprehensive review of human studies to date. The findings could help inform prevention strategies aimed at reducing the incidence of the disease, as rates continue to increase worldwide.

In 2007, researchers from Silent Spring Institute published in the journal Cancer a landmark state-of-the-science review on the link between environmental chemicals and breast cancer. The review identified 216 chemicals that cause mammary tumors in animals and provided a roadmap for studying these chemicals in humans. “That was a real wakeup call,” says Dr. Julia Brody, Silent Spring’s executive director and senior scientist. “Now, ten years later, we see the evidence is even stronger.”

Since the first review, hundreds of studies have been published on environmental chemicals and breast cancer. To capture and synthesize the human evidence, Brody and her team conducted a systematic search of the literature and identified 158 epidemiology studies published between 2006 and 2016. The researchers critically reviewed each study in light of emerging science on the biology underlying breast cancer, such as the influence of genes and hormones on the development of the disease.

The team’s review, published online October 6 in the journal Environmental Research, led to several conclusions. Results from key studies suggest that exposure to chemicals early in life—in the womb, during puberty, and through pregnancy—increases the risk of developing breast cancer later on. For instance, early exposure to DDT, dioxins, the highly-fluorinated chemical PFOSA, and air pollution, is associated with a two- to five-fold increased risk of breast cancer. Early exposure in the workplace to high levels of organic solvents and gasoline components is also an important risk factor.

“During these so-called windows of susceptibility, the body is changing, breast cells are dividing quickly, and the breast tissue becomes vulnerable to damage from chemicals,” says lead author Kathryn Rodgers, a research scientist at Silent Spring.

Variations in people’s genes can also affect how people’s bodies respond to certain environmental chemicals. The Long Island Breast Cancer Study Project, which resulted in many publications on environmental exposures and breast cancer, found that among women exposed to polycyclic aromatic hydrocarbons (PAHs)—a chemical in vehicle exhaust—those with certain genetic variants had a higher risk of developing breast cancer. The International Agency for Research on Cancer (IARC) classified outdoor air pollution as a human carcinogen in 2013, and many of the components of air pollution have been shown to cause breast tumors in animals.

Growing concern about chemicals in every day consumer products has also led to a series of new studies. Many consumer product chemicals, such as BPA and phthalates, are endocrine disruptors. They interfere with the body’s hormones and can produce effects at low doses. Results from animal studies suggest a link between breast cancer and endocrine disruptors, while the evidence from human studies is more limited, says Rodgers.

“Every day, we come into contact with many different chemicals, and new ones are constantly being introduced to the market,” she says. “Unfortunately, it’s hard to measure exposures to multiple chemicals at multiple times in a person’s life.”

The other challenge is that breast cancer can take years to develop. “It’s not practical, nor is it ethical, to wait decades for women to develop breast cancer in order to find out whether a chemical caused their disease,” says Dr. Marion Kavanaugh-Lynch, Director of the California Breast Cancer Research Program. “This comprehensive review of the science confirms that we must take a precautionary approach.”

Breast cancer is the most common cancer in women worldwide and incidence rates in the U.S. are among the highest in the world. “What many don’t realize is that breast cancer is largely a preventable disease,” says Brody. Only 5 to 10 percent of cases are due to high-risk inherited genes such as BRCA1 and BRCA2. “Traditionally, pharmaceutical hormones, exercise, and other lifestyle factors have topped the list of preventable risk factors. Now, chemical exposures are rising to the top of that list,” she says.

Consumers can take some steps to reduce their exposures by choosing safer products, says Brody. But, she and her colleagues argue that stronger chemical safety policies and environmental protections are needed to protect the public from these widespread exposures.

Of the 10 chemicals the U.S. Environmental Protection Agency has prioritized for review under the Toxic Substances Control Act (TSCA), five are mammary carcinogens or chemicals linked with breast cancer. “That’s a good start,” says Brody. Chemical safety tests can also be strengthened, she says, so that products are deemed safe before they’re put on the market.

For tips on reducing exposures to harmful chemicals in the home, download Detox Me, Silent Spring’s free mobile app for healthier living.

Funding for this project was provided by grants from the Avon Foundation for Women and charitable contributions to Silent Spring Institute.