First batch of results from our biomonitoring study are in!

It’s been a busy and exciting summer here at Silent Spring. We received the first batch of results from our Detox Me Action Kit project—our crowdsourced biomonitoring study on people’s exposure to common household toxic chemicals. About 150 participants received their results earlier this month, and more reports are due out soon. Thank you to everyone who took the time to pee in a cup, ship us your samples, fill out a questionnaire, and help make this project a reality. We had nearly 300 participants sign up in all, well beyond our initial goal.

Here’s what we have learned so far: 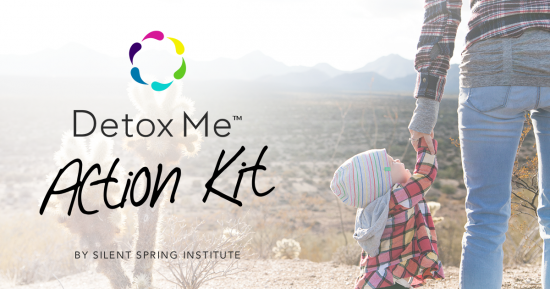 This last finding is troubling. About 85 percent of Action Kit users said they avoid buying products with BPA on the label, so it’s not surprising that their levels were lower. However, by choosing “BPA-free,” they may be buying products containing BPA substitutes, like BPF. Another explanation is that Action Kit users simply reflect rising levels of BPF in the general public, as the most recent nationwide measurements from the CDC are from several years ago.

These “regrettable substitutes” are similar in structure and have many of the same properties as BPA, and therefore raise many of the same health concerns. Manufacturers aren’t required to disclose what chemicals are in their products, so scientists have to rely on biomonitoring studies to see what people are exposed to. Thanks to our Detox Me Action Kit study, we can see that these substitutes for BPA are also getting into people’s bodies.

Indeed, avoiding chemicals can be hard. A large percentage of participants said they avoid products containing parabens, yet despite their efforts, every participant had a least one paraben detected in their sample, and over 60 percent of participants had 3 or 4 parabens in their sample. It’s even harder when we’re not certain where the chemicals are coming from. The two types of chlorinated phenols we tested for pose a particular mystery because people high in one tended to be high in both, even though we originally thought the two chemicals came from different sources—one from a widely-used herbicide and the other from mothballs and toilet deodorizers.

The good news is that Action Kit participants on the whole have lower levels of chemicals than most of the U.S. population. Our study participants, according to the survey data, are conscious consumers and are already taking steps to avoid harmful chemicals. More than half of participants reported avoiding products with parabens, BPA, triclosan, and fragrance. And based on the results, it shows! If you’d like to see what a sample report looks like, click here.

We are currently enrolling another round of participants, including children. So if you were unable to sign up before, now’s your chance. You can sign up through Silent Spring's website. We also invite current participants to get re-tested. Find tips on reducing your exposures using our free Detox Me mobile app and see how low you can go. The app is available for both iOs and Android. As the study grows, stay tuned for more updates. We will be profiling individuals with low chemical burdens—what’s their secret?—and sharing new findings as they emerge.

We hope this project not only will inspire and empower people to live healthier lives, but also help us generate new scientific knowledge about everyday chemical exposures. Our ultimate goal is to create a shift in how manufacturers formulate their products so that they don’t use chemicals known to be harmful or that haven’t been evaluated for safety. Eventually, the burden will no longer be on consumers to police their own products.