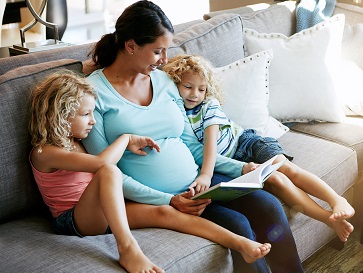 New analysis calls into question effectiveness of fire safety regulations that lead to the use of hazardous chemicals in furniture.

When it comes to furniture fires, adding flame retardant chemicals to furniture does not protect consumers from the most deadly types of fires, according to a comprehensive analysis of fire data by Silent Spring Institute. The findings call into question fire safety regulations that compel manufacturers to add toxic flame retardants to furniture and suggests other non-toxic measures are more effective and could save more lives.

Exposure to flame retardants has been linked with a host of health problems including cancer, thyroid disease, decreased fertility, and lower IQ. Rather than staying put in products, the chemicals migrate out into air and dust, and ultimately into people’s bodies. ”Because regulations that lead to the use of these chemicals in furniture have health implications, we wanted to know if the existing fire data supports the need for these regulations,” says lead author Kathryn Rodgers, a staff scientist at Silent Spring.

She and her colleagues analyzed data from the Massachusetts Fire Incident Reporting System on more than 34,000 house fires in the state. The team focused on fires that were started by upholstered furniture catching fire. They then compared the number of injuries and deaths from two kinds of furniture fires—ones in which the furniture caught fire from a smoldering smoking product such as a cigarette, pipe, or cigar, and ones in which the source was an open flame, like a candle or a match.

The widespread use of flame retardants in furniture began in the mid-1970s, when an open flame standard called TB 117 was adopted in California. In order to meet this standard, manufacturers began adding high levels of flame retardant chemicals to the furniture’s interior foam. However, since the 1980s, the proportion of deaths from furniture fires caused by an open flame has not gone down in the U.S., says Rodgers. “In other words, adding flame retardants to furniture has not been effective at saving lives,” she says. “If we really want to protect consumers and reduce fire deaths, we should focus on scenarios involving smoldering cigarettes.”

Manufacturers can make furniture more resistant to smoking products without using toxic chemicals by modifying the design, says Rodgers. For instance, changing the fabric’s weave to reduce airflow is one way. Enacting smoking bans, installing smoke detectors responsive to smoldering fires, and the use of sprinkler systems are other ways of increasing fire safety.

Although standards based on open flame tests have recently been repealed or replaced with safer ones, independent standard-setting organizations continue to investigate open flame tests and some industry groups maintain the necessity of flame retardants in furniture. The researchers hope their new findings will inform the development of any future policies to ensure that they both support fire safety and protect public health.