EPA’s new rules under TSCA put public health at risk: Here’s what Silent Spring is doing about it 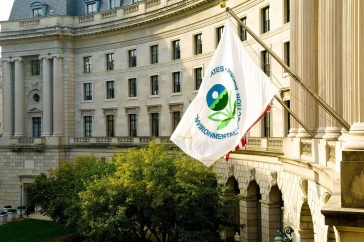 Over the past year, the U.S. Environmental Protection Agency (EPA) under administrator Scott Pruitt has been rolling back a number of key environmental protections, from reversing the ban on the toxic pesticide known as chlorpyrifos to weakening emissions standards for vehicles and power plants. As scientists, it is critical that we track these changes closely in order to fully understand their impact on human health.

In our last blog post, we systemically documented the influence of industry on EPA’s handling of the chemical safety law known as the Toxic Substances Control Act (TSCA) (“TSCA rules weakened under pressure from industry”). And we’ve been pushing back on the agency’s decisions by submitting official comments on its proposed rules for regulating chemicals.

In our comments to EPA, we’ve highlighted the impact of environmental chemicals on women’s health, specifically on breast cancer. Five of the first 10 chemicals EPA has prioritized for review under TSCA are mammary carcinogens. As a scientific research organization focused on breast cancer prevention, it is our duty to call out EPA for its proposed handling of these particular chemicals, which we feel does not adequately protect women from breast cancer.

In other words, we are putting the agency on notice. Our comments are critical at this particular time not only because EPA is required to respond to our concerns, but also because our comments could help lay the groundwork for lawsuits by other organizations in the future.

Here’s a roundup of what we’ve submitted to EPA so far:

The worst offenders: EPA has all the evidence it needs to regulate PBTs (Persistent, Bioaccumulative, and Toxic chemicals)

Under TSCA, EPA has new authority to put PBT chemicals on a fast track for regulation. PBTs are toxic chemicals that are highly persistent in the environment and bioaccumulate in people and in wildlife. One of the PBT chemicals selected by the agency for this process is a flame retardant in the polybrominated diphenyl ether (PBDE) family, called decaBDE. Studies show decaBDE impacts the nervous system, disrupts hormones, and causes reproductive and developmental problems. DecaBDE is used in textile backings and electrical equipment.

Because the chemical leaches out of products and into the environment, we consistently find decaBDE in dust samples from our household exposure studies. In a recent study we did on college campuses, we found high levels of decaBDE in student dormitories—the highest levels ever reported in a residential setting. Given the weight of scientific evidence demonstrating its pervasiveness in the environment and its effects on human health, we support regulating decaBDE under TSCA.

EPA has picked a first set of 10 chemicals to review, five of which are mammary carcinogens. When making decisions about how these chemicals should be regulated, we urge EPA to consider the total impact of all exposure sources on developing breast tissue and other systems. We combed through the first draft of EPA’s risk evaluations for these five chemicals and alerted the agency to the various ways in which its process will miss the risks these chemicals pose to public health.

Prioritizing chemicals: A chance to get it right

Moving forward, EPA asked for input on how to decide which chemicals will be considered high- versus low-priority. We commented that EPA’s process for making these decisions must consider vulnerable populations. We also said that EPA should use exposure data in people, such as biomonitoring (e.g. blood and urine samples), as well as indoor air and dust measurements, to estimate how much people are exposed to certain chemicals. EPA should flag chemicals for which data on health effects is lacking early on, and not assign a chemical to a low-priority classification without adequate toxicity and exposure studies. For example, we commented that EPA should not give a chemical a low-priority pass based on limited evidence from computer model projections, which aren’t yet strong enough to predict whether a chemical is safe, especially for deciding breast cancer risk.

Under the new TSCA law, EPA has the authority to regulate new chemicals coming onto the market; however, this process lacks transparency and does not include all foreseeable uses of the new chemicals, contrary to the law’s intent. Alarmingly, EPA has already been using this proposed framework to review new chemicals, and their decision-making process is not yet available to the public. As of writing this, we know about the status of very few of the 250 chemicals that have been reviewed under this framework since July 2017. The National Resources Defense Council (NRDC) is now suing EPA for using this new framework before the public comment process was complete.

In our comments on EPA’s process for approving new chemicals, we said:

Now more than ever, it is important for EPA to hear from scientists, advocates, lawyers, and the general public, to ensure that the agency is putting public health and safety first. We need to hold the agency accountable and we need to hold it to the highest standard possible. For if we don’t stand up for public health, women’s health, and breast cancer prevention, who will?

Jessica Helm, PhD, is a postdoctoral research fellow at Silent Spring Institute. She studies the sources and mechanisms of environmental effects on health, and created the Detox Me app for exposure reduction.